TWD – The Next World is pretty great! 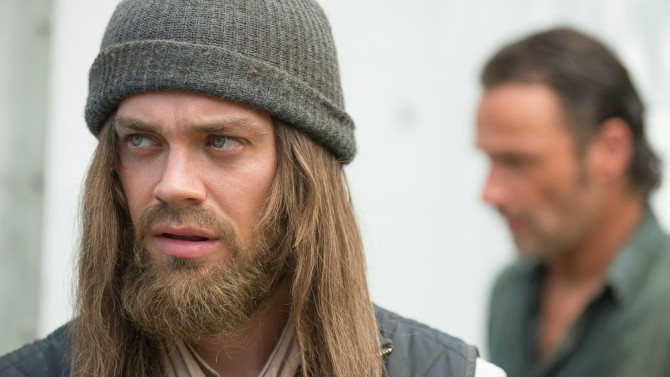 Is it me or is the second half of the season totally making up for the couple of duds we got in the fall? And how excited are all the Richonne shippers out there (myself included)? We finally got what we’ve been waiting for!

END_OF_DOCUMENT_TOKEN_TO_BE_REPLACED

Just watched the  James Burrows special… what a snoozefest. All that hype for 12′ of 5/6 of the cast reminiscing about the show.

TWD: No Way Out

Granted, I’m not the world’s most objective TV viewer. I don’t have to be; no one pays me to write well-balanced reviews in which I’ll praise shows I consider mediocre just because the general consensus is that they rule, or call out my favorite shows for the occasional blunder (which I invariably do).

Actually, no one pays me at all, which means I can gush over The Walking Dead as much as I want.

Which is exactly what I’ll do here. Because as much as I considered some of the season 6 episodes to be lackluster, this week’s mid-season premiere delivered in spades.

END_OF_DOCUMENT_TOKEN_TO_BE_REPLACED 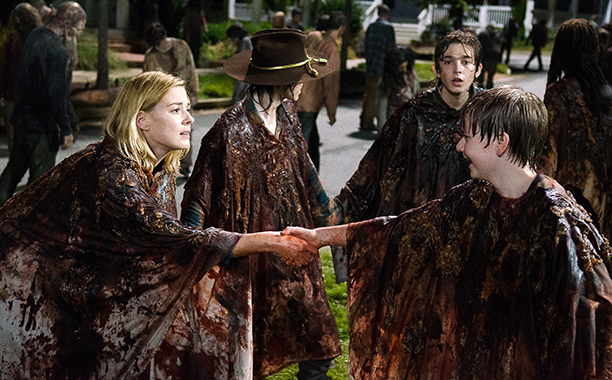 I only have two words to say after watching 6×09:

Confession time (yes, it’s time for another one of those): Grease is one on my all-time favorite guilty pleasures. Or maybe not so guilty, after all.

I mean, what’s not to love? It’s the right level of cheesy, with amazing retro costumes, fun dance routines and timeless songs. It’s got a young John Travolta and Olivia Newton John! And honestly,  have you heard Rizzo’s solo?

END_OF_DOCUMENT_TOKEN_TO_BE_REPLACED

I may have mentioned before that I work in political communication, which in my case involves a lot of writing (speechwriting, copywriting, ghostwriting articles and blog posts and so on), even more research and generally keeping up with current events and having my wits about me to react to it on social media etc. I also happen to live in a country where the political situation is somewhat fluid in recent years, so there’s always breaking news and scandals to deal with on a daily basis.

All this is by way of saying that my job leaves me little time to watch something worth writing about (i.e. something that requires an attention span of longer than 10 minutes) and even less inclination to keep typing away in my spare time after having spent half the day doing it professionally.

Hence the lack of frequent posts on my part lately – which I’m sure very few people noticed, as it’s not like this blog has any semblance of a mass following, which in turn makes me even more grateful for the actual readers I do have, and I thank you for your time from the bottom of my heart!

Due to my suddenly busier schedule, my watchlist keeps growing and growing, especially since Netflix finally became available in this country. Aside from the many new(ish) shows and movies I’ve yet to watch, I keep stumbling across old shows that never really caught my attention when they originally aired. I’m sure I’ll get around to them eventually – it will certainly help during the long summer hiatus – but until I get in the mindset of exploring new material, I’m reverting back to old(er) but not forgotten favorites and/or guilty pleasures.

For instance, the upcoming Friends one-off reunion special reminded me to re-watch my all-time favorite show for the umpteenth time. I’m already bracing myself for disappointment since Chandler won’t physically join the cast for the reunion episode (boo!) but hey, even the worst Friends episode is probably miles ahead of 90% of the stuff available to me right now.

I also decided to revisit my favorite guilty pleasure of the late noughties: Gossip Girl, so do expect a long rambling retrospective at some point.

And I guess this is my cue to sign off, as duty calls. A bientot!