Given my cooking and baking exploits, I’d be remiss if I didn’t at least mention a few of my favorite cooking shows that aired this summer, if only to give a nod to the brilliance that is Masterchef Australia.

In its 8th season, the show continued to top the ratings down under, and for good reason. Unlike its American iteration, Masterchef Australia really is a cooking competition, in the best possible sense of the word.

The fact that, season after season, they not only manage to up the ante in terms of stunning cooking, but also consistently select contestants that possess a set of culinary skills that even seasoned chefs would envy AND also seem like genuinely good people, never ceases to amaze me.

You don’t see the catty behind-the-scenes comments we’ve come to expect from reality TV, nor does the camera lurk in the shadows to pick up on the slightest bit of drama so they can play it up for ratings. The contestants share a house for several weeks, work together on team challenges, support each other during eliminations, and seem to form true friendships. There’s a sense of camaraderie that is astounding in such a large group of diverse people, considering there’s fame, job opportunities and a considerable chunk of cash that’s up for grabs.

By the time the final week rolls around, viewers actually have trouble picking a favorite, because everyone is so damn likable – so much so that at the end of the day, it hardly matters which of them is the better cook. They’re all freaking brilliant. The endless parade of world-famous chefs who guest-judge or compete head-to-head with the contestants is proof enough that we’re not talking about regular amateur cooks; the quality of the food really is off the charts.

But if reality television has taught us anything over the years, it’s that in the end, it’s about the people. And the people are all so great that whoever wins, you can’t help but root for them. Case in point: my pick for the odds-on favorite came up just short of the gold this year, due to a mistake he made in the final challenge. Instead, a ‘dark horse’ snagged the win – and I use the term quite liberally, because even though she sailed through the middle for the longest time in the first few weeks of the competition, she really proved her worth as the number of contestants dwindled.

My point is, my pick didn’t win. Did I mind? Hell no. For one thing, it’s not like I have a horse in the race. Like every other viewer, I don’t get a cut of the 250 grand nor do I benefit in any other way. But it’s always nice to bet on the winner, and in this case I bet and lost. Except no one really loses on MasterChef Australia. The winner fully deserved the cash and recognition, the runner up was handsomely rewarded as well, most of the contestants are already working their way into the food industry and us, the viewers who sat through 60+ episodes, were treated to entertaining, informative and just plain good TV, with a side of top notch food porn to boot. Win-win.

Although following a decidedly different format, the Great British Bake Off deserves no less praise for its consistently good crop of amateur bakers and the challenges they compete in, week after week. The show’s 7th season is underway, and it’s just as promising as previous ones.

Even if the show lacks some of the surprise element of Masterchef or other cooking competitions that offer diverse challenges to mix it up and keep things interesting, no one could fault it for the high standard of complex recipes and techniques, or for the fact that the cast of amateurs always consists of wonderfully likable people who genuinely love baking.

I don’t know if the fact that in both cases of MC and TGBBO the contestants are amateurs, for whom cooking and baking is a hobby and not their livelihood, is what makes them such lovely people instead of antagonizing dicks, as is the case in many ‘professional’ cooking competitions. These guys have nothing to prove, their professional reputation isn’t on the line, so that might be the reason why they’re hardly ever out to get each other as in plenty of other shows. Whether it’s Top Chef, Chopped or Cutthroat Kitchen, a big part of what makes these shows “entertaining” is the conflict, either in the form of direct confrontation among the contestants (or even with the judges) or just mean comments during their one-on-one interviews.

But then, such is also the case with MasterChef US, and those are all home cooks as well, which goes to show that it all comes down to casting decisions. Not only are the contestants extremely confrontational, but the judges also go out of their way to be as offensive as possible when coming down hard on a bad dish. Even the rules themselves are tweaked in order to provoke further conflict among the home cooks competing for a spot at the top (which is why I stopped watching long ago).

What I did look forward to, however, was Food Network Star, solely because the Alton Brown season was actually pretty great. Not only does he know how to make good TV, he’s smart and entertaining as hell. What’s more, he’s one of the few foodies who landed a TV show not because he cashed in on a successful career as a chef or because he had a pretty face, but because he actually worked his way up, which is a lot more than you can say about most of the network’s hosts, and definitely a hell of a lot more than you can say about the contestants, who, by definition, just want to skip all the extra steps and shoot right for the stars, pun intended, to land a TV contract. Brown started his career as a cinematographer. He knew what kind of food TV he’d like to watch, went to culinary school, shot his own pilot and got his break because someone actually believed in him. He proved them right by an amazing 14-season run with the best damn cooking show ever made, Good Eats, and that makes him, in my eyes, the only judge on the Food Network Star panel whose opinion actually has any weight. At least he has the balls to say what is on everyone’s mind when it comes to picking winners on these shows:

It’s funny. On Food Network Star, I got so tired of hearing people tell me that the reason they should have their own show is that they love food so much. Well, so freaking what?” he fumes. “I love food. We all love food. If we don’t, we die. Even supermodels in New York secretly love food. That doesn’t make you special. People who want to be stars often make the mistake of thinking that it does, and that if they can just show you how much they love it, they will somehow become compelling. This is not the case.”

And yes, that skinny bobblehead with the toothy smile and hooked nose and the ginger chef with more shows than I can count are obviously successful in their own right, but they are also the ones responsible for Guy Fieri. I rest my case.

Anyway. This season, the show’s 12th, wasn’t half bad. I haven’t watched all of them, but the ones I have seem to be very hit-and-miss. What’s interesting to me are the challenges more than the actual chefs competing, although I have to admit that the cute Italian dude was quite the eye candy this year. It’s a shame the format often results in the best cooks being eliminated while the chefs who can handle themselves in front of a camera better get preferential treatment. Which I get, of course, because the viewer doesn’t actually get to taste the food, but has a few seconds to judge whether the show is worth sticking around for before he flips the channel. But wouldn’t it be more… prudent to have the chefs prove their cooking ability before trying out they on-camera skills? Eliminate the mediocre cooks in the preliminary rounds and then have them fight it out for the most photogenic/bubbly personality? As far as the Food Network is concerned, the loudest, more obnoxious person wins the prize, it seems.

Oh well, it is what it is, and I guess the judges know their audience better than I do, because there’s no way in hell I would have picked this year’s winner out of the remaining three chefs in the finals. In the end, they went with an annoying woman whose catchphrase is ‘on fleek‘ and whose most frequent description of the food she’d prepared was ‘whimsical‘ and ‘cute‘. 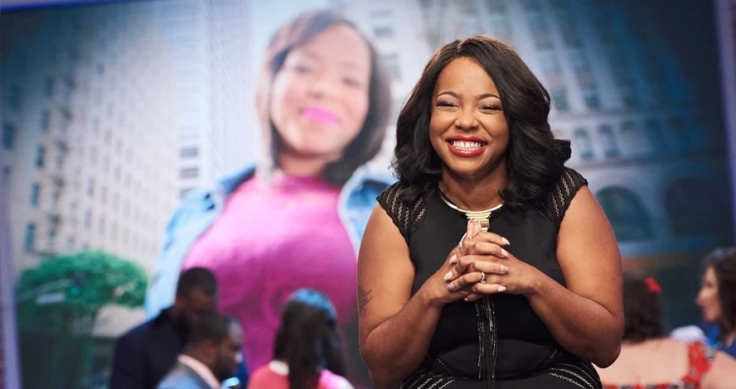 Alton would have probably sent her packing on week 1, but there you go. And that’s why I’m probably never tuning in again.

3 thoughts on “Cooking show face off”